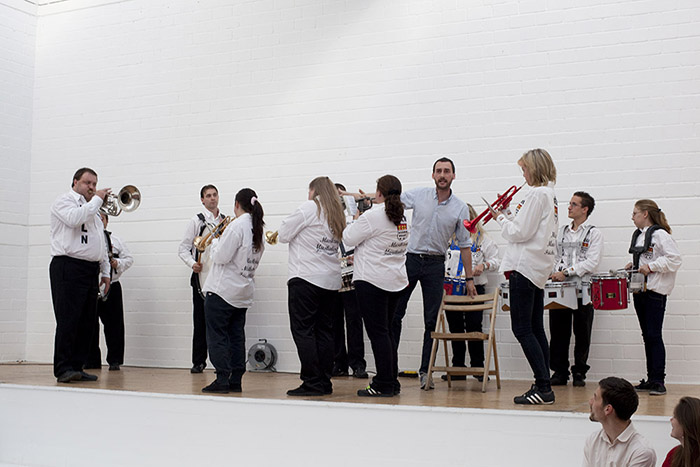 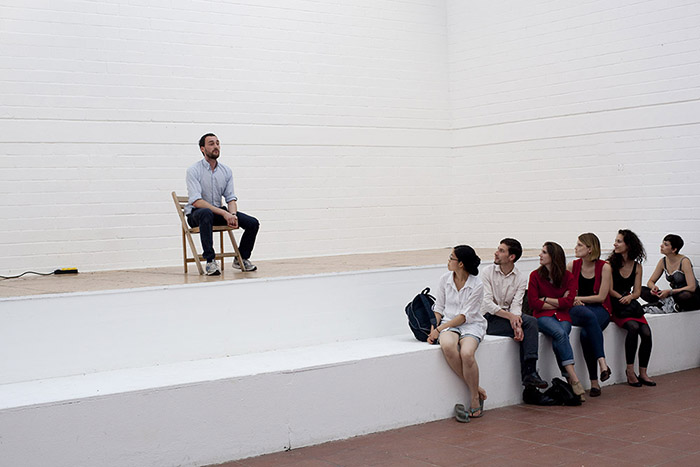 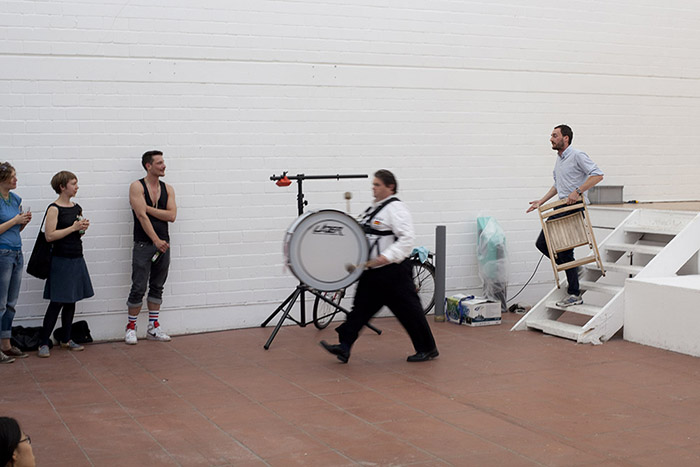 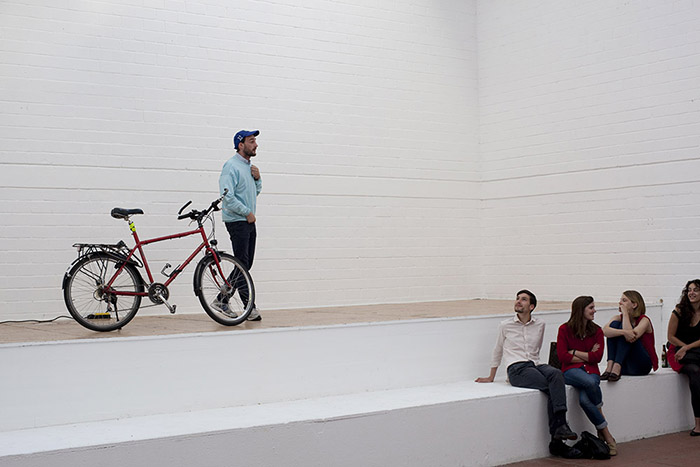 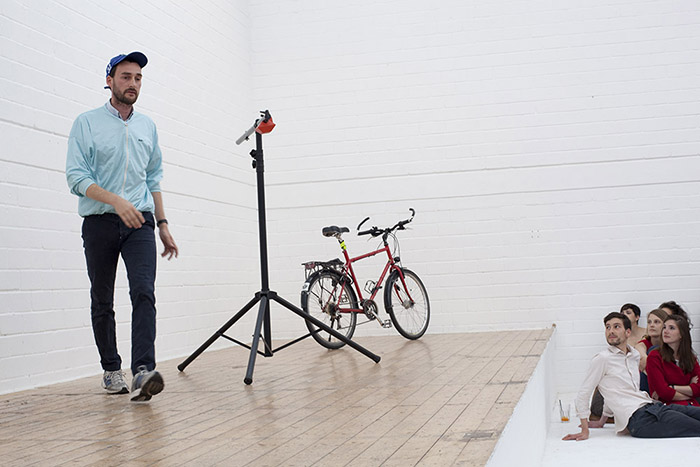 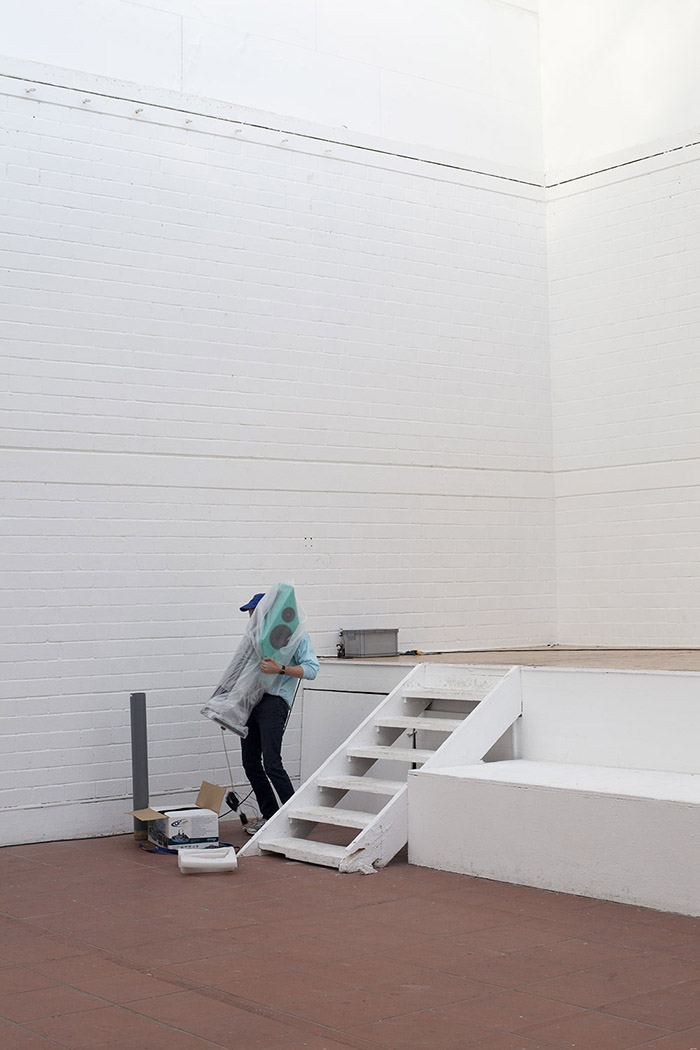 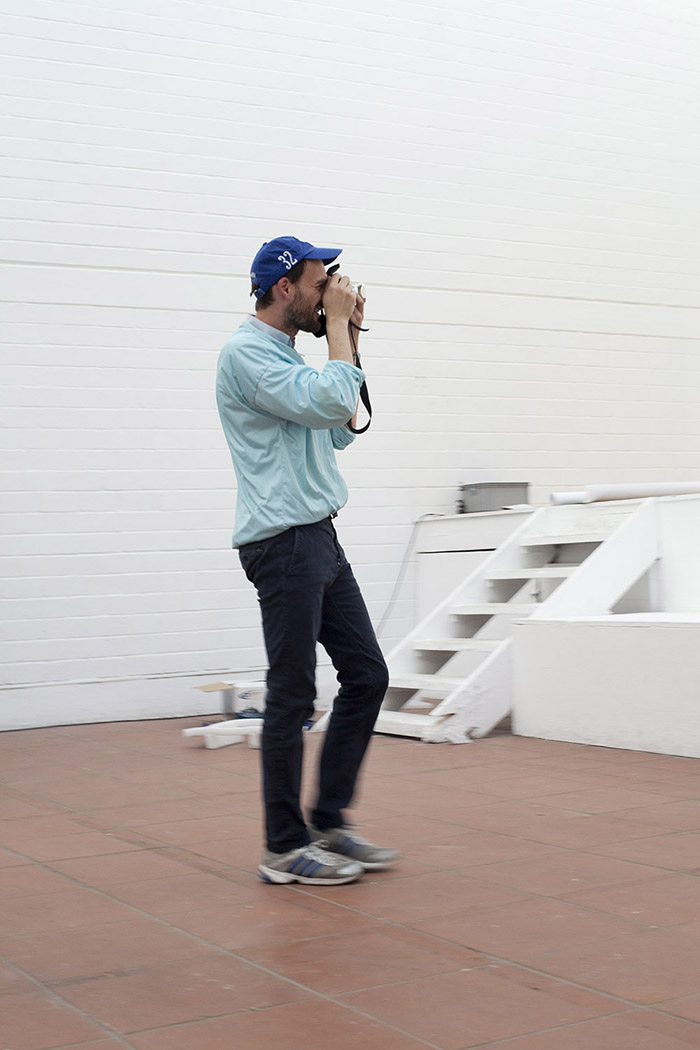 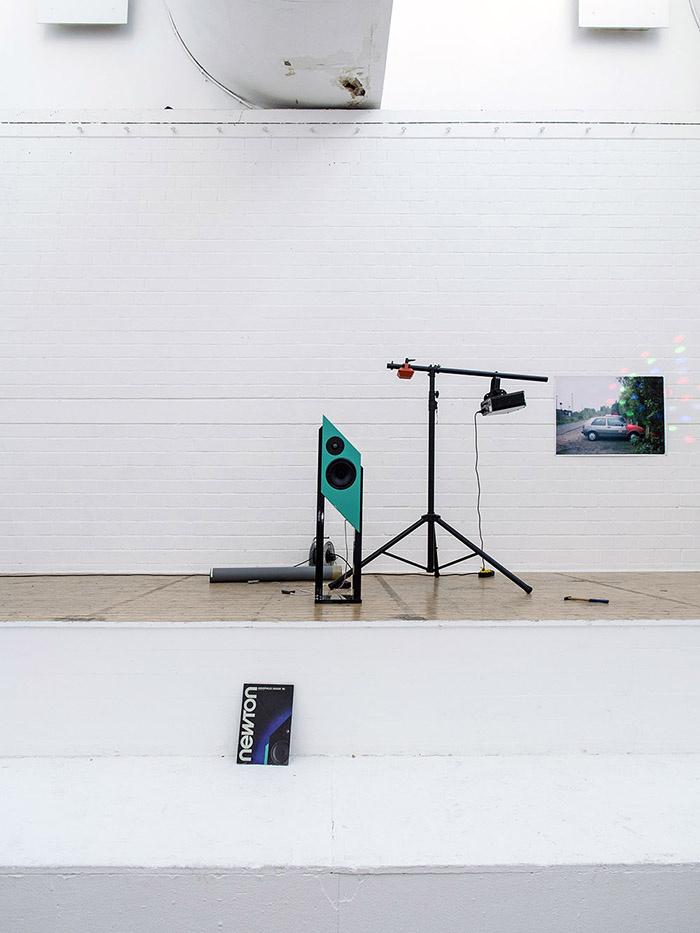 Performance at Simultanhalle in Cologne, Germany.
Talking about doing a performance. Inviting a marching band to play on stage. Sending them home again after realizing that it doesn’t make any sense to have a marching band on stage again. Showcasing my bike and talking about a biketour. Rethinking the whole concept. Starting to put up a nice speaker reminding me about the 1990’s. Putting up some photograph that I took years ago in that area. Correcting the hanging from the photograph after some of the spectators said it is crooked. Bringing in some colors. Installing a discoflashlight. Talking about the conditions to show something at Simultanhalle. Reciting an interview with the curators from Simultanhalle. Feeling that the audiences mood is getting worse. Starting to play some Pop RnB song from The Weeknd. Feeling that the audiences mood is getting up again. Realizing that the show might be up just for another twenty minutes. Starting to document as much as possible. Going home with my first show at Simultanhalle. All well documented! 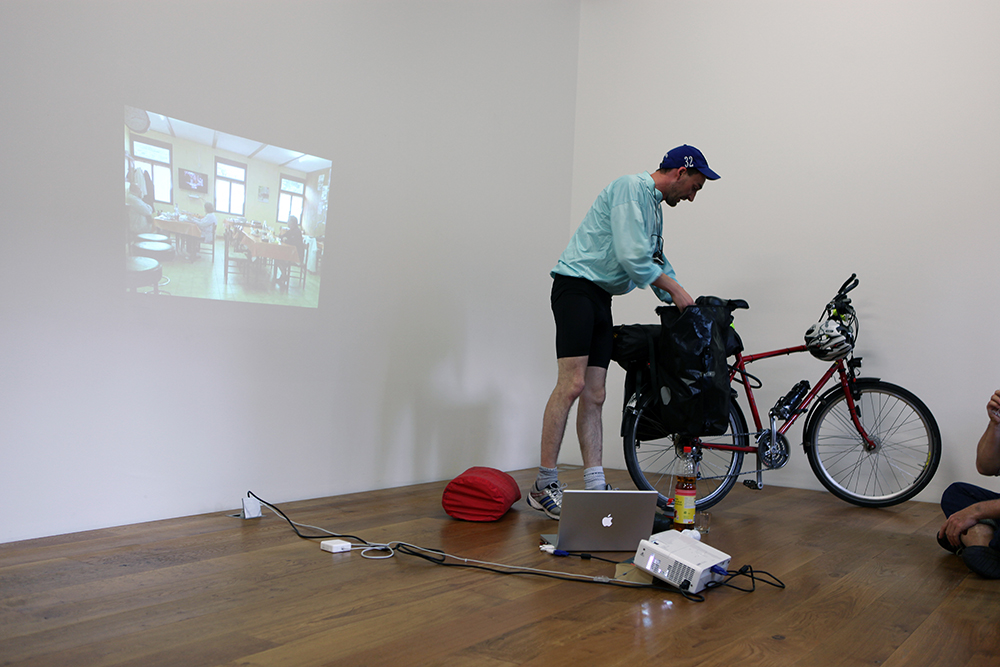 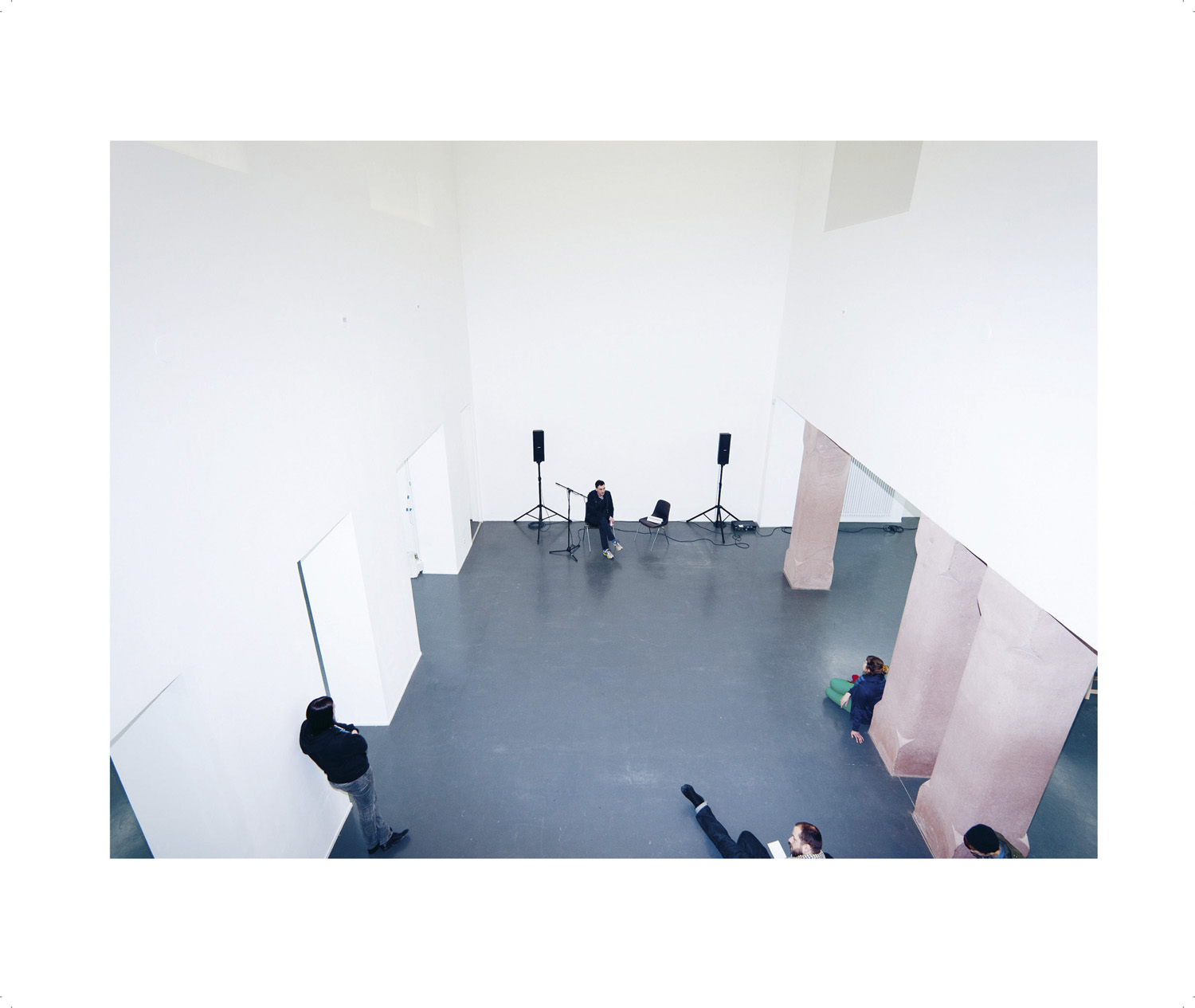 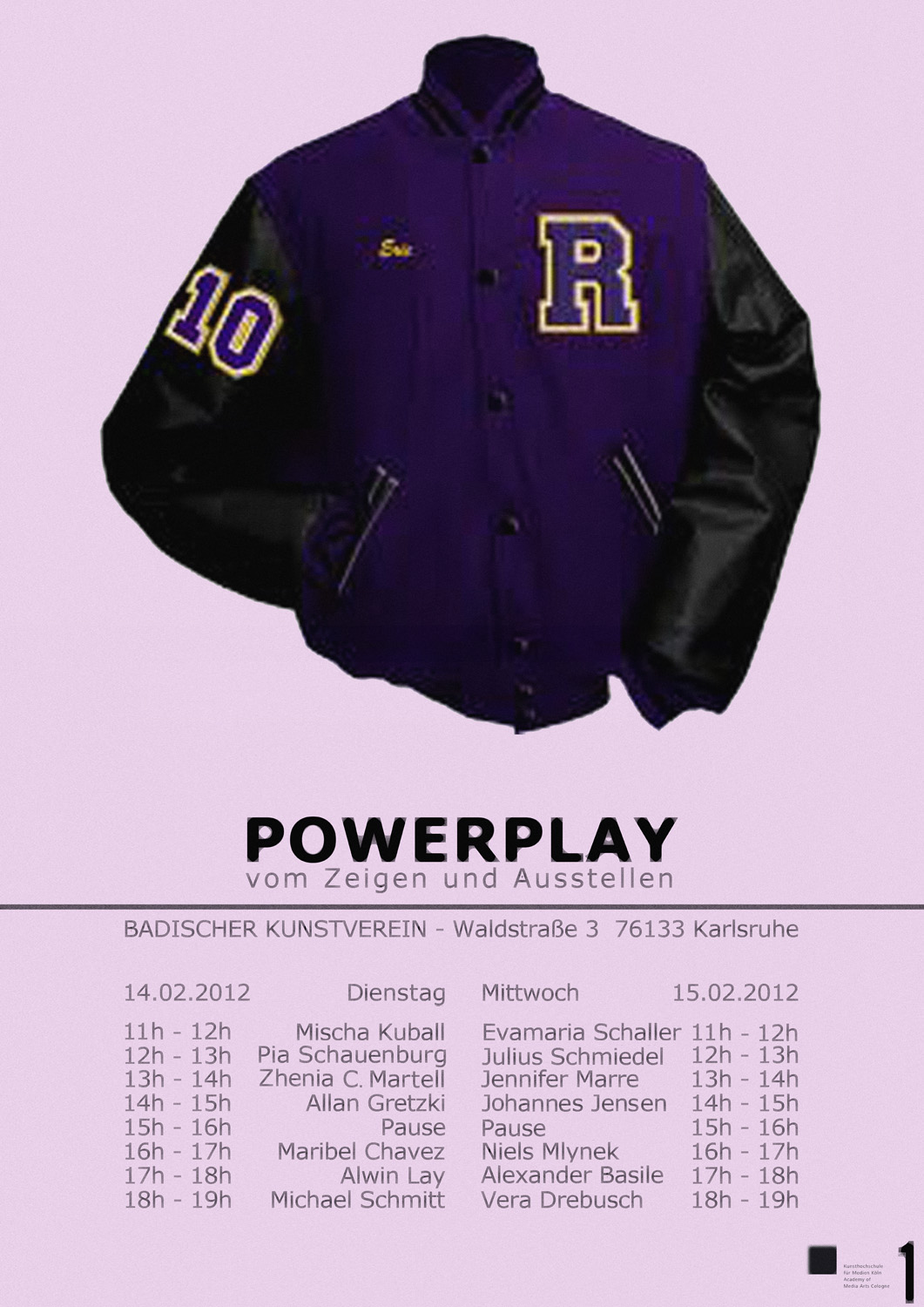 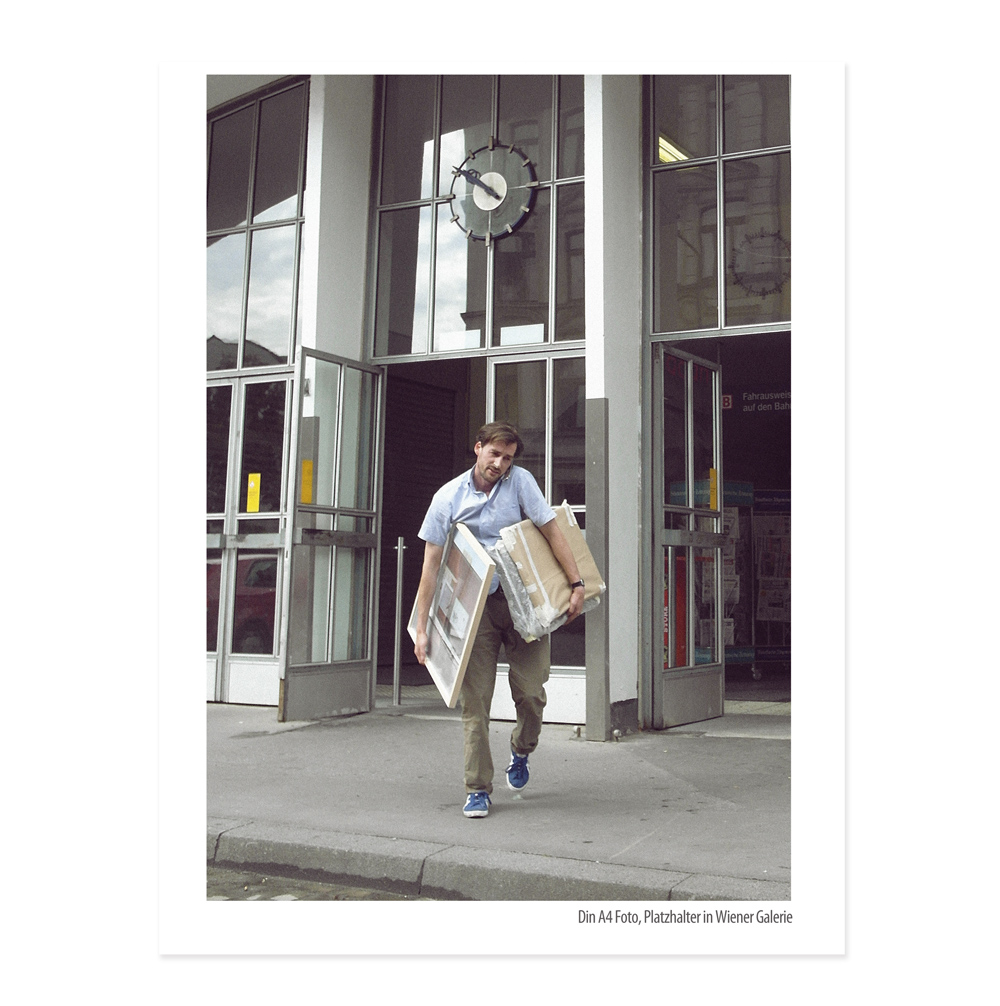 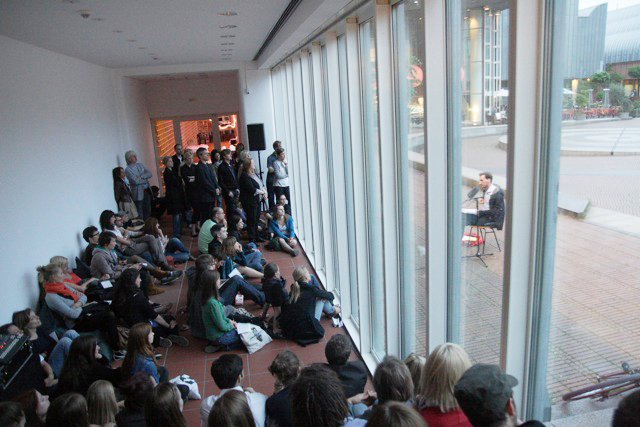